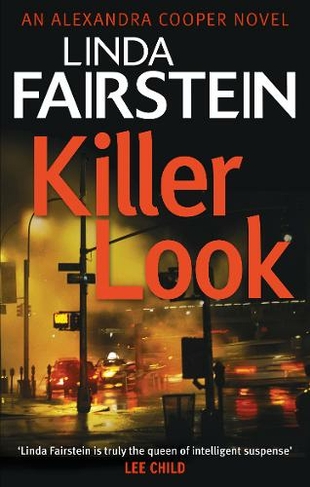 By Linda Fairstein (Author)
Paperback
https://www.whsmith.co.uk/products/killer-look-alexandra-cooper/linda-fairstein/paperback/9780751560398-12-000.html £7.37 rrp £8.99 Save £1.62 (18%)
GBP
Availability
In Stock
Free Delivery Available When You Spend £25 Or More
Details
Spend £25 on eligible products to receive free standard delivery to home or free next working day click and collect to store
Share

New York City is one of the fashion capitals of the world, well-known for its glamour and style. Yet high fashion means high stakes, as Alex Cooper quickly discovers when businessman and designer Wolf Savage is found dead in an apparent suicide, days before the biggest show of his career. When Savage's daughter insists his death was murder, the case becomes more than a media sensation. With her own job at the DA's Office in jeopardy, and spiralling into a reliance on alcohol, Alex is not anyone's first choice for help. But she is determined to uncover the grime - and the possible homicide - beneath the glitz. Soon she and police detectives Mike Chapman and Mercer Wallace are investigating the family secrets Savage kept so well hidden, even from those closest to him - just as things are about to get deadly on the catwalk.

Linda Fairstein is a former prosecutor and one of America's foremost legal experts on crimes of violence against women and children. For three decades she served in the office of the New York County District Attorney, where she was Chief of the Sex Crimes Prosecution Unit. In 2010 she was the recipient of the Silver Bullet Award from the International Thriller Writers association. Her Alexandra Cooper novels have been translated into more than a dozen languages and have debuted on the Sunday Times and the New York Times bestseller lists, among others. She lives in Manhattan and on Martha's Vineyard.