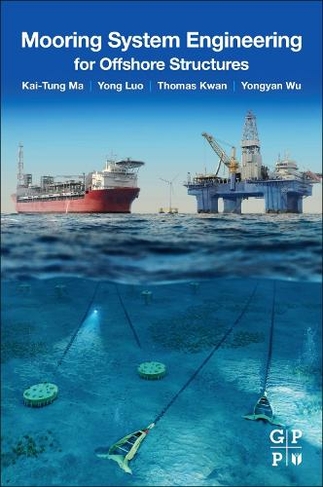 The mooring system is a vital component of various floating facilities in the oil, gas, and renewables industries. However, there is a lack of comprehensive technical books dedicated to the subject. Mooring System Engineering for Offshore Structures is the first book delivering in-depth knowledge on all aspects of mooring systems, from design and analysis to installation, operation, maintenance and integrity management. The book gives beginners a solid look at the fundamentals involved during mooring designs with coverage on current standards and codes, mooring analysis and theories behind the analysis techniques. Advanced engineers can stay up-to-date through operation, integrity management, and practical examples provided. This book is recommended for students majoring in naval architecture, marine or ocean engineering, and allied disciplines in civil or mechanical engineering. Engineers and researchers in the offshore industry will benefit from the knowledge presented to understand the various types of mooring systems, their design, analysis, and operations. Approx. 200 illustrations (50 in full color); Illustrations, unspecified