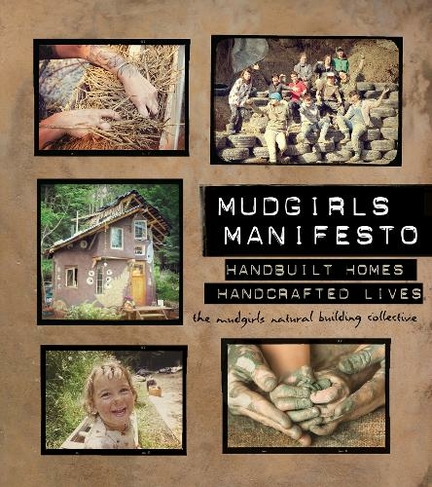 Building a Revolution, one handful at a time. In the face of widespread burnout and a world gone crazy, how do we find things to say "yes" to, rather than a resounding "no"? On North America's West Coast, there's a group of rebel women who ten years ago chose to break free from a rigged economic and social system. They didn't take to the streets to lobby banks and governments to change their ways - they didn't have time for that. They had babies to feed and house. They reckoned that if nobody else was going to change the rules to support basic human needs and respect the biosphere, then we are all free to make our own rules. They chose action. They decided to teach themselves how to build houses using the most abundant material on earth - mud. They'd learn by building, gathering skills and allies. They'd have fun, sharing whatever they learned with whoever wanted to come along for the ride. The Mudgirls revolution was born. Part story of rebel women, grassroots self-governance, and community-building, part incendiary political and economic tract, and part practical guide to building natural homes for real people. Mudgirls Manifesto is about respecting the earth, each other, and crafting meaningful lives. A powerful, positive antidote to troubled times. 80 Illustrations, color

The Mudgirls is an all-women's natural building collective that formed in 2007 in coastal British Columbia. Founded on the principle of self-empowerment, they champion the use of natural, local, and salvaged materials, human-scaled DIY solutions, inclusiveness, support for mothers, care for children, and fun. They build things and offer workshops that empower people to take back the right to provide themselves with shelter. The Mudgirls have collaborated with over 50 clients and more than 600 workshop participants from all over the world, forging alliances and honing the skills to build homes. Find out more at mudgirls.ca.