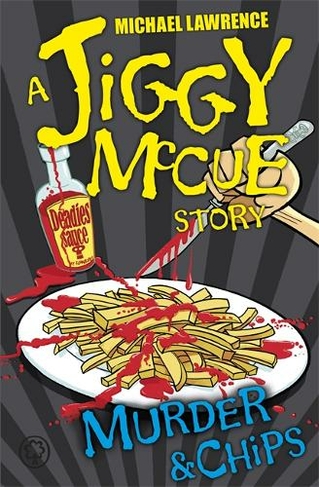 By Michael Lawrence (Author)
Paperback
https://www.whsmith.co.uk/products/murder-and-chips-jiggy-mccue/michael-lawrence/paperback/9781408313961-12-000.html £5.94 rrp £6.99 Save £1.05 (15%)
GBP
Availability
In Stock
Free Delivery Available When You Spend £15 Or More
Details
Spend £15 On Eligible Products To Recieve Free Standard Delivery To You Home Or Free Next Working Day Click And Collect To Store
Share

When Jiggy and co get a little stressed about their upcoming exams, Jiggy's mum reckons she has the perfect solution: a murder mystery weekend! Unfortunately for Jiggy, it's not entirely relaxing. Can he stop the murderous madness before it's too late?

Michael Lawrence originally trained as a graphic designer and photographer, but subsequently became a television script reader, press officer, an art and antiques dealer, a painter and sculptor, and several other things he would rather not talk about. His first book, a novel for children, was published in 1995. He is now a full time author, creator of the bestselling and ever-popular Jiggy McCue books, and the Aldous Lexicon trilogy.