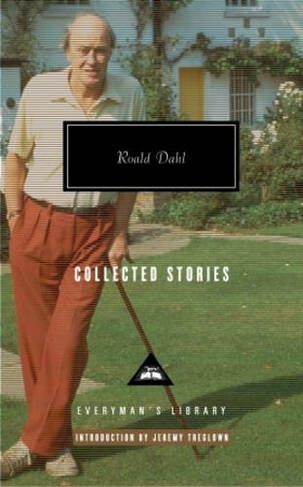 Many of these stores are now so famous from film and television adaptations that they need no introduction. Roald Dahl is well known as a master of the macabre and the unexpected in the tradition of Saki, and this volume does not disappoint. He began his literary career by writing about his own experiences in the RAF during World War II but soon developed this talent in a series of short-story collections. He is perhaps even more celebrated as an author of children's books, but the best of his short stories represent a claim for him to be numbered among the most remarkable story writers of the 20th century. The present volume includes for the first time all the stories in chronological order as established by Dahl's biographer, Jeremy Treglown, in consultation with the Dahl estate.

Jeremy Treglown (Author) Jeremy Treglown is a writer and critic who spends part of every year in Spain and has written about the country for Granta and other magazines. His previous books include biographies of Roald Dahl, Henry Green (Dictionary of Literary Biography Award), and V. S. Pritchett (shortlisted for the Whitbread Award for Biography; Duff Cooper Prize for Literature). A former editor of The Times Literary Supplement, he has taught at Oxford, University College London, Oxford, Princeton and Warwick, and has written for The New Yorker and The New York Times Book Review. He lives in London.Roald Dahl (Author) The son of Norwegian parents, Roald Dahl was born in Wales in 1916 and educated at Repton. He was a fighter pilot for the RAF during World War Two, and it was while writing about his experiences during this time that he started his career as an author. His fabulously popular children's books are read by children all over the world. He died in November 1990.