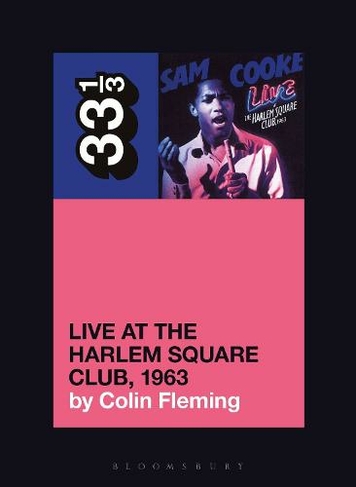 Shelved for over twenty years, Sam Cooke's Live at the Harlem Square Club, 1963, stands alongside Otis Redding's Live in Europe and James Brown's Live at the Apollo, as one of the finest live soul albums ever made. It also reveals a musical, spiritual, emotional, and social journey played out over one night on the stage of a sweaty Miami club, as Cooke made music that encapsulated everything he had ever cut, channeling forces that would soon birth "A Change is Gonna Come," the most important soul song ever written. This book covers Cooke's days with the Soul Stirrers, the gospel unit that was inventing a strand of soul in the 1950s, and continues on to his string of hit singles as a solo artist that reveal far more about this complex man and the complex music he was always fashioning. We'll stop and consider how he absorbed the teachings of Billie Holiday and Bob Dylan, as a writer and an agent of social change, looking at the differences between Cooke's true identity and what various factions of his audience wanted from him, and how this towering soul artist came to reconcile so many disparate elements on a stage in Florida on a winter night in 1963-a stage that extended well into the future, beyond Cooke's own life, beyond the 1960s, and into a perpetual here-and-now, so long as we all have need to look into ourselves and square our differences and become more human, and more connected with others in our humanity.

Colin Fleming writes about music, and has written about soul, jazz, and blues for dozens of venues including The Atlantic, The New Yorker, The Guardian, Rolling Stone, Vanity Fair, The Washington Post, MOJO, DownBeat, and many others. He is a regular guest on NPR's Weekend Edition.