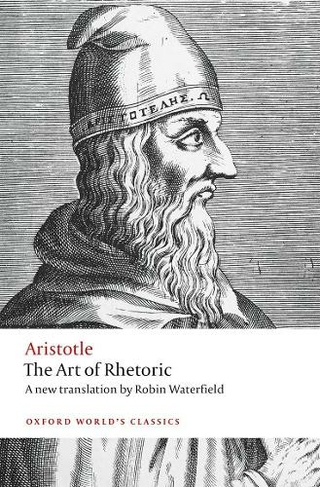 The Art of Rhetoric

For all men are persuaded by considerations of where their interest lies... Aristotle's Art of Rhetoric is the earliest systematic treatment of the subject, and it remains among the most incisive works on rhetoric that we possess. In it, we are asked: What is a good speech? What do popular audiences find persuasive? How does one compose a persuasive speech? Aristotle considers these questions in the context of the ancient Greek democratic city-state, in which large audiences of ordinary citizens listened to speeches pro and con before casting the votes that made the laws, decided the policies, and settled the cases in court. Persuasion by means of the spoken word was the vehicle for conducting politics and administering the law. After stating the basic principles of persuasive speech, Aristotle places rhetoric in relation to allied fields such as politics, ethics, psychology, and logic, and he demonstrates how to construct a persuasive case for any kind of plea on any subject of communal concern. Aristotle views persuasion flexibly, examining how speakers should devise arguments, evoke emotions, and demonstrate their own credibility. The treatise provides ample evidence of Aristotle's unique and brilliant manner of thinking, and has had a profound influence on later attempts to understand what makes speech persuasive. The new translation of the text is accompanied by an introduction discussing the political, philosophical, and rhetorical background to Aristotle's treatise, as well as the composition and transmission of the original text and an account of Aristotle's life.

Robin Waterfield is a writer, living in Greece. His previous translations for Oxford World's Classics include Plato's Republic and five other editions of Plato's dialogues, Aristotle's Physics, Herodotus' Histories, Polybius' Histories, Plutarch's Greek Lives and Roman Lives and Hellenistic Lives, Euripides' Orestes and Other Plays and Heracles and Other Plays, Xenophon's The Expedition ofCyrus, Demosthenes' Selected Speeches and The First Philosophers: The PreSocratics and the Sophists. He is the author of Dividing the Spoils: The War for Alexander the Great's Empire (Oxford, 2011) and Taken at the Flood (Oxford, 2014).Harvey Yunis is Andrew W. Mellon Professor of Humanities and Professor of Classics at Rice University. He is the author of Taming Democracy: Models of Political Rhetoric in Classical Athens (Cornell University Press, 1996) and Demosthenes: On the Crown (Cambridge University Press, 2001). He has edited Written Texts and the Rise of Literate Culture in Ancient Greece (Cambridge University Press, 2003; 2007) and Plato, Phaedrus (Cambridge University Press, 2011)and translated Demosthenes, Speeches 18 and 19 (University of Texas Press, 2005).