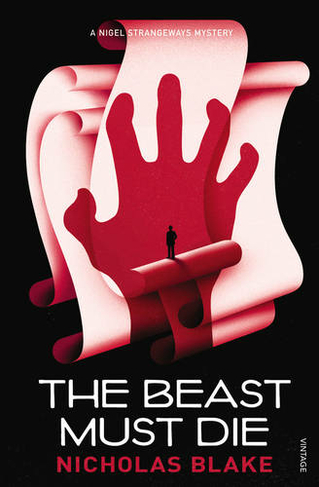 The Beast Must Die

By Nicholas Blake (Author)
Paperback
https://www.whsmith.co.uk/products/the-beast-must-die/nicholas-blake/paperback/9780099565383-12-000.html £7.37 rrp £8.99 Save £1.62 (18%)
GBP
Availability
In Stock
Free Delivery Available When You Spend £15 Or More
Details
Spend £15 On Eligible Products To Recieve Free Standard Delivery To You Home Or Free Next Working Day Click And Collect To Store
Share

A VINTAGE MURDER MYSTERY Respected crime writer Frank Cairns plots the perfect murder - a murder that he himself will commit. Cairns intends to murder the hit-and-run driver who killed his young son, but when his intended victim is found dead and Cairns becomes the prime suspect, the author insists that he has been framed. An old friend of Cairns calls in private detective Nigel Strangeways, who must unravel a fiendishly plotted mystery if he is to discover what really happened to George Rattery. The Beast Must Die is one of Nicholas Blake's most acclaimed novels and was picked by the Observer as one of the 1,000 novels everyone must read. A Nigel Strangeways murder mystery - the perfect introduction to the most charming and erudite detective in Golden Age crime fiction.

Nicholas Blake was the pseudonym of Poet Laureate Cecil Day-Lewis, who was born in County Laois, Ireland in 1904. After his mother died in 1906, he was brought up in London by his father, spending summer holidays with relatives in Wexford. He was educated at Sherborne School and Wadham College, Oxford, from which he graduated in 1927. Blake initially worked as a teacher to supplement his income from his poetry writing and he published his first Nigel Strangeways novel, A Question of Proof, in 1935. Blake went on to write a further nineteen crime novels, all but four of which featured Nigel Strangeways, as well as numerous poetry collections and translations.During the Second World War he worked as a publications editor in the Ministry of Information, which he used as the basis for the Ministry of Morale in Minute for Murder, and after the war he joined the publishers Chatto & Windus as an editor and director. He was appointed Poet Laureate in 1968 and died in 1972 at the home of his friend, the writer Kingsley Amis.