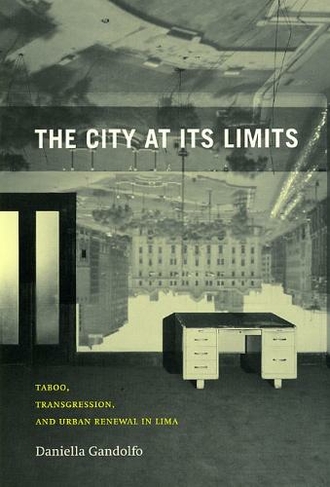 The City at Its Limits Taboo, Transgression, and Urban Renewal in Lima

In 1996, against the backdrop of Alberto Fujimori's increasingly corrupt national politics, an older woman in Lima, Peru - part of a group of women street sweepers protesting the privatization of the city's cleaning services - stripped to the waist in full view of the crowd that surrounded her. Lima had just launched a campaign to revitalize its historic districts, and this shockingly transgressive act was just one of a series of events that challenged the norms of order, cleanliness, and beauty that the renewal effort promoted."The City at Its Limits" employs a novel and fluid interweaving of essays and field diary entries as Daniella Gandolfo analyzes the ramifications of this act within the city's conflicted history and across its class divisions. She builds on the work of Georges Bataille to explore the relation between taboo and transgression, while Peruvian novelist and anthropologist Jose Maria Arguedas' writings inspire her to reflect on her return to her native city in movingly intimate detail. With its multiple perspectives - personal, sociological, historical, and theoretical - "The City at Its Limits" is a pioneering work on the cutting edge of ethnography. 10 halftones, 3 maps

Daniella Gandolfo is assistant professor of anthropology at Wesleyan University.