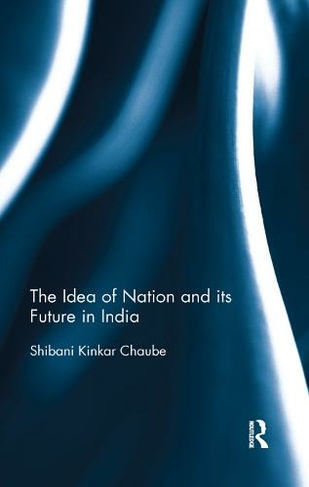 The Idea of Nation and its Future in India

This volume is a theoretico-empirical study of nations and nationalism on a global scale. It enquires if the idea of the nation, by its own logic, is feasible and whether India fulfils the requirement of nationhood with a reasonable prospect of survival. The monograph engages with the theories of nation and nationalism and examines if they are rele

Shibani Kinkar Chaube is former Professor of Indian Politics, University of Delhi and former Fellow in Parliamentary Studies, Lok Sabha, Parliament of India. Among his books are Constituent Assembly of India: Springboard of Revolution (1973); Hill Politics in Northeast India (1973); Electoral Politics in Northeast India (1985); Politics and Constitution in China (1986); Colonialism, Freedom Struggle and Nationalism in India (1996); Government and Opposition: Parliamentary Democracy in India (2006); The Making and the Working of the Indian Constitution (2009); and Politics of Nation Building in India (2012).