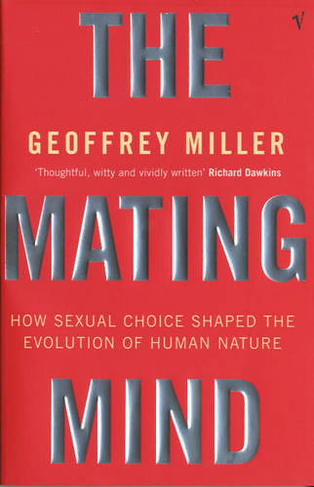 The Mating Mind: How Sexual Choice Shaped the Evolution of Human Nature

An intelligently provocative book about Darwin's 'other' theory discusses the curious ways in which sexual attraction has influenced the evolution of the human mind. Many aspects of the human mind remain mysterious. While Darwinian natural selection can explain the evolution of most life on earth, it has never seemed fully adequate to explain the aspects of our minds that seem most uniquely and profoundly human - art, morality, consciousness, creativity and language. Yet these aspects of human nature need not remain evolutionary mysteries. Until fairly recently most biologists have ignored or rejected Darwin's claims for the other great force of evolution - sexual selection through mate choice, which favours traits simply because they prove attractive to the opposite sex. But over recent years biologists have taken up Darwin's insights into how the reproduction of the sexiest is as much a focus of evolution as the survival of the fittest. Witty, powerfully-argued and continually thought-provoking, Miller's cascade of ideas bears comparison with such critical books as Richard Dawkins' The Selfish Gene and Steven Pinker's The Language Instinct. It is a landmark in our understanding of our own species.

Geoffrey Miller studied at Columbia, Stanford, Sussex and Munich Universities and until recently was at University College, London. He now teaches at the University of New Mexico.