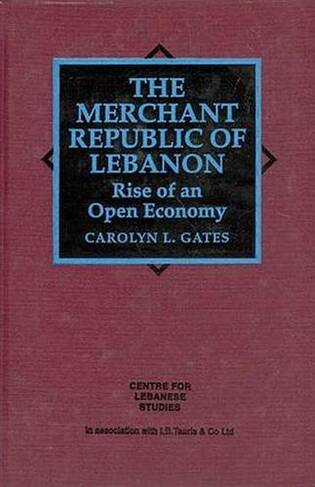 The Merchant Republic of Lebanon Rise of an Open Economy

This work examines the economic agents, institutions, incentives, competences and other forces that forged a Lebanese economic model known as the "Merchant Republic" in the aftermath of World War II. The author identifies the broad concept of outward-orientation to describe the Lebanese economy. Dominant economic and political agents sought to develop the economy on the basis of its intermediary role, regional comparative advantage and competitive position in offshore service operations - all of which were viewed as essential to the viability of the small Lebanese state. Supporting an open and tertiary-oriented economy that serviced rapidly-growing Middle East economies, these forces shaped Lebanon's economic order until 1958; and in a modified form, they influenced it's political economy until 1975. Lebanon's model of outward-orientation, however, can be usefully contrasted with the explorer-oriented industrialization model followed in East Asia. This book integrates a theoretical and empirical examination of the Lebanese model and provides data and analysis about its effect on economic growth and structural change during its golden age.