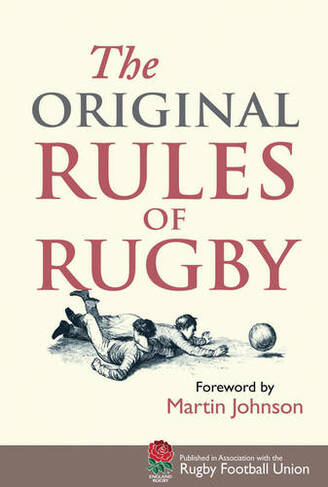 The origins of the game of rugby and the codification of the rules which defined the game have been glorified in numerous legends, some of which are little more than sporting hagiography. Following on from the success of The Rules of Association Football 1863 and in time for the Rugby World Cup in September - October 2007, this book investigates the origins of the game of rugby and reproduces for the first time in a single book both the first rules of the game, drawn up at Rugby School in 1845 and the first rules of the Rugby Football Union, published in 1871. The introduction by Jed Smith, the curator of the Rugby Football Museum in Twickenham, will provide the first systematic exploration of the origin of the rules of the game and their development. Includes images from the unique manuscript held at the Rugby Football Union as well as nineteenth-century illustrations of the game as it was first played, capturing its early spirit and enthusiasm. 29 Illustrations, black and white

Jed Smith was formerly Curator of the Museum of Rugby, Twickenham.