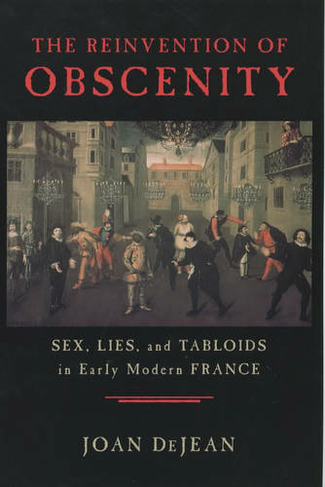 The Reinvention of Obscenity Sex, Lies and Tabloids in Early Modern France

The concept of obscenity is an ancient one. But as Joan DeJean suggests, its modern form, the same version that today's politicians decry and savvy artists exploit, was invented in seventeenth-century France. The Reinvention of Obscenity casts a fresh light on the mythical link between sexual impropriety and things French. Exploring the complicity between censorship, print culture, and obscenity, DeJean argues that mass market printing and the first modern censorial machinery came into being at the very moment that obscenity was being reinvented - that is, transformed from a minor literary phenomenon into a threat to society. DeJean's principal case in this study is the career of Moliere, who cannily exploited the new link between indecency and female genitalia to found his career as a print author; the enormous scandal which followed his play L'ecole des femmes made him the first modern writer to have his sex life disected in the press. Keenly alert to parallels with the currency of obscenity in contemporary America, The Reinvention of Obscenity will concern not only scholars of French history, but anyone interested in the intertwined histories of sex, publishing, and censorship. 10 halftones

Joan DeJean is Trustee Professor of French at the University of Pennsylvania. She is the author of seven books, most recently Tender Geographies: Women and the Origins of the Novel in France and Ancients against Moderns: Culture Wars and the Making of a Fin de Siecle, the latter published by the University of Chicago Press.