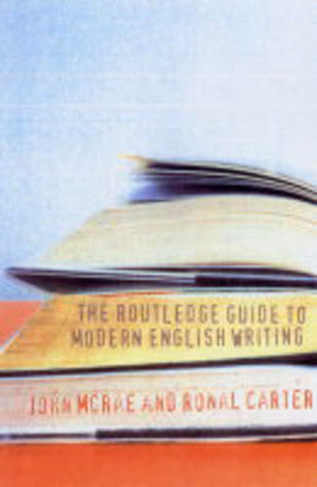 In 1963 President John F. Kennedy was shot, Sylvia Plath published The Bell Jar, and the Beatles were in their prime. This was a changing world, which British and Irish writers both contributed to and reflected in drama, poetry and prose. The Routledge Guide to Modern English Writing tells the story of British and Irish writing from 1963 to the present. From the first performance of Tom Stoppard's Rosencrantz and Guildenstern Are Dead in the 1960s to lad novels and Chick Lit in the twenty-first century, the authors guide the reader through the major writers, genres and developments in English writing over the past forty years. Providing an in-depth overview of the main genres and extensive treatment of a wide range of writers including Philip Larkin, Ted Hughes, Angela Carter, Benjamin Zephaniah and Nick Hornby, this highly readable handbook also offers notes on language issues, quotations from selected works, a timeline and a guide to other works. Written by the authors of The Routledge History of Literature in English (second edition, 2001), The Routledge Guide to Modern English Writing is essential reading for all readers of contemporary writing.