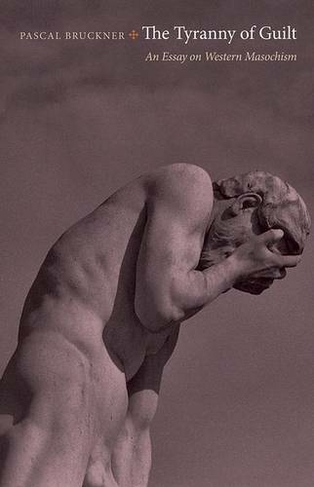 The Tyranny of Guilt An Essay on Western Masochism

Fascism, communism, genocide, slavery, racism, imperialism--the West has no shortage of reasons for guilt. And, indeed, since the Holocaust and the end of World War II, Europeans in particular have been consumed by remorse. But Pascal Bruckner argues that guilt has now gone too far. It has become a pathology, and even an obstacle to fighting today's atrocities. Bruckner, one of France's leading writers and public intellectuals, argues that obsessive guilt has obscured important realities. The West has no monopoly on evil, and has destroyed monsters as well as created them--leading in the abolition of slavery, renouncing colonialism, building peaceful and prosperous communities, and establishing rules and institutions that are models for the world. The West should be proud--and ready to defend itself and its values. In this, Europeans should learn from Americans, who still have sufficient self-esteem to act decisively in a world of chaos and violence. Lamenting the vice of anti-Americanism that grips so many European intellectuals, Bruckner urges a renewed transatlantic alliance, and advises Americans not to let recent foreign-policy misadventures sap their own confidence. This is a searing, provocative, and psychologically penetrating account of the crude thought and bad politics that arise from excessive bad conscience.

Pascal Bruckner is the award-winning author of many books of fiction and nonfiction, including the novel Bitter Moon, which was made into a film by Roman Polanski. Bruckner's nonfiction books include Perpetual Euphoria and The Paradox of Love (both Princeton).