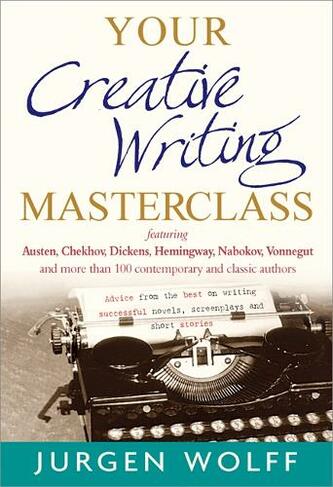 If you dream of being a writer, why not learn from the best? In Your Creative Writing Masterclass you'll find ideas, techniques and encouragement from the most admired and respected contemporary and classic authors, including Charles Dickens, Jane Austen and Anton Chekhov. Jurgen Wolff, bestselling author of Your Writing Coach, helps you translate these insights into action to master your craft and write what only you can write. From Robert Louis Stevenson to Mary Shelley, Alice Munro to Stephen King, Your Creative Writing Masterclass guide you through: finding your style, constructing powerful plots, generating story ideas, overcoming writer's block, creating vivid characters and crafting your ideal writer's life. Brimming with support and suggested activities to develop your writing skills, the book also features unique bonus advice, exercises, resources and sharing capabilities via the website www.YourCreativeWritingMasterclass.com.

Jurgen Wolff is a writer, teacher, NLP practitioner and the author of many books, including Your Writing Coach, Successful Scriptwriting (60,000 copies sold) Creativity Now!, Focus: the power of targeted thinking, Do Something Different as well as a dozen plays. A consistently successful screenwriter, Wolff has sat on the writing team on the hit TV series LOST and many other successful HBO projects. He has consulted to TV companies around the world (BBC, SKY, Columbia/Tri-Star)and written for newspapers including The Times. He holds creativity workshops around the world for organizations such as the Academy for Chief Executives, the University of Barcelona, the Pilots Programme, the Bertelsmann Foundation, film schools in Cologne, Berlin, and Munich, and many others. Born and educated in the US, Wolff now divides his time between London and California.